STATE METEOROLOGICAL AGENCYSPECIAL NOTICE OF ADVERSE PHENOMENASPECIAL NOTICE NUMBER 32/2018 ISSUED AT 14:00 OFFICIAL TIME OF 13/10/2018THE STATE METEOROLOGICAL AGENCY INFORMS:
1.- Meteorological phenomenon: Tropical Cyclone Leslie
2.- Geographical scope: Peninsula and maritime areas of the Atlantic
3.- Beginning of the situation: Saturday, October 13
4.- Duration: Until Sunday, October 14
5.- Degree of probability: High (60-70%)
6.- Description of the meteorological situation:
The National Hurricane Center (NHC), based in Miami, the body responsible for monitoring
tropical cyclones in the North Atlantic, reports that today 13, at 11:00 local peninsular time, the
The center of Hurricane Leslie is at 36.2 N and 16.7 W with a minimum pressure of 980 hPa.

Throughout Saturday 13 Hurricane Leslie will affect the maritime areas of Madeira and Josephine,
entering from its western part with winds of up to force 12 and wooded sea. It will continue its evolution in
northeast direction, entering at the end of the afternoon in the maritime areas of São Vicente and Porto, as
post-tropical cyclone, but still maintaining winds with hurricane force, of 120 km / h, and causing
waves of very thick or wooded sea.

Around 00 peninsular local time on Sunday 14 is expected to enter land through the area of
Lisbon, still with winds up to force 12. Later it will move to the northeast losing
intensity, entering Spanish territory during the early morning with tropical storm intensity. The
The location of the cyclone is not yet possible to determine it exactly, considering a fan for its
initial position between Zamora and Cáceres, where wind gusts around 100 may occur
km/h, especially in high areas. As of Sunday morning, the cyclone is expected to weaken.
considerably as it moves northeastward, joining other low pressure centers
that will be formed on the Peninsula.

During Sunday the presence of the remains of Cyclone Leslie, along with very active fronts that
will cross the Peninsula from west to east and, over the northeast of the peninsula, the persistent entry of flow of the
Mediterranean, will lead to widespread rainfall. Showers may be locally strong or very strong and will generally shift from west to east.
Probably the most intense will have to take place during the morning of Sunday in large areas of Asturias, León and Cantabria and during the afternoon in areas of the northeast.

According to the prediction models it is very likely that the center of the
cyclone, however, once on land the trajectory is much more uncertain, so AEMET
recommends tracking notices through their website, where they will be permanently
Updated.

7.- Notification of future updates or termination Unless changes occur
Significant in the expected evolution, AEMET will not issue a new special notice. Recommended
a more detailed and updated follow-up of it through its predictions and warnings
of adverse phenomena. All this can be consulted on the website: www.aemet.es 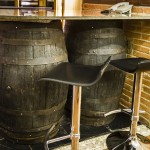 Rural tourism in Salamanca
Comments are Off 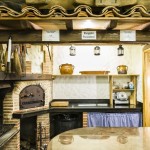 Country houses in Salamanca
Comments are Off 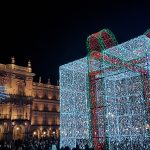 Restrictions for Christmas 2020 in Castile and León
Comments are Off